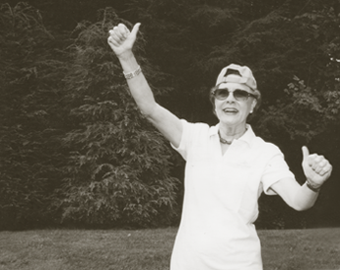 “You gotta’ have a dream. If you don’t have a dream, how you gonna have a dream come true?” —from the song, “Happy Talk”
in the movie South Pacific

Norma Moretz Horvitz is the Chief Executive Officer and founding member of Rock & Read Books. She has spent the majority of her career in the field of philanthropy, and was conferred the National Easter Seals’ prestigious “Philanthropist of the Year” award as president and chairman of the board of the Easter Seals Society of Broward County, Florida. Norma and her late husband, William Horvitz, were the initial funders of the Retinal Degeneration Research Department of the Bascom Palmer Eye Institute of the University of Miami School of Medicine, and were honored with the “People of Vision” award for their dedication to sight-saving research. She was also an authority member of Fort Lauderdale’s Broward Center for the Performing Arts. But perhaps her proudest moment came as scholarship chairman and president of the Hollywood, Florida Scholarship Foundation. For putting the nascent organization on a strong financial footing—resulting in more than a million dollars in grants—she was honored with the Norma Horvitz Award. With her indefatigable spirit, Norma has served on the boards of arts, education, and civic organizations, including Nova Southeastern University, and the International Museum of Cartoon Art. She retired from philanthropy to write Norma Sue: A Memoir, published in March 2010. Norma Moretz Horvitz published for the general public her updated memoir, Norma Sue: An Ordinary Extraordinary Life, in 2015.