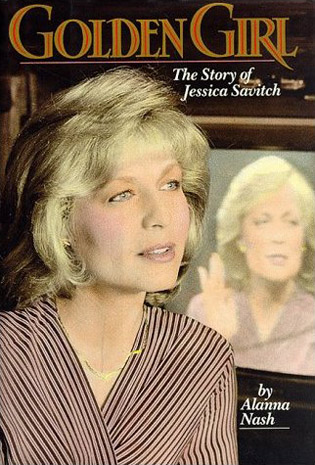 Excerpt from Chapter One

On the surface, Jessica Savitch was a commercial for the American Dream. Beautiful, blonde, a network news anchorwoman by the time she was thirty, she was the stuff of fantasy, a cool but vulnerable vision who wafted into 15 million households each night and proved herself “a goddess for the McLuhan age,” as writer Michael Mallowe was to observe. “Edward R. Murrow had told it like it was—lyrical words from a leathery mug. But Savitch fed our fantasies of how it should be—Brie and Beaujolais in a penthouse on Central Park.”
Savitch appeared to have it all—even wide appeal to both sexes. She was named the fourth most trusted anchor in America, over Charles Kuralt, Tom Brokaw, Peter Jennings, and Ted Koppel in a 1982 TV Guide public opinion survey. Men wanted to know what lay behind her frosty countenance and her radiant smile. And women adored her, seeing her as something of a double role model—a brilliant journalistic pioneer as well as a Grace Kelly for the eighties.