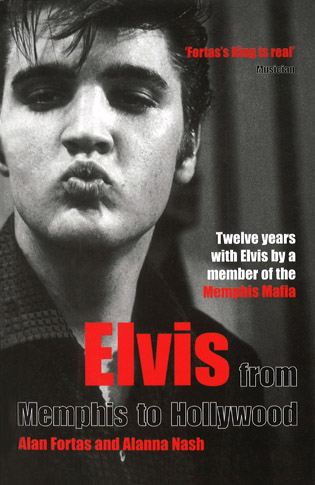 Elvis: From Memphis to Hollywood

Gene was wired from all the pills he was taking. In fact, he’d been so wired for three days and two nights on speed that he couldn’t sleep. We were in Arizona, and it was freezing outside. Elvis was driving the bus, and he gave Gene 500 milligrams of Demerol. Gene took the little white pill and waited to fall asleep. But forty-five minutes later, Elvis gave him another hit. An hour went by, and Gene was still bouncing off the clouds.
Finally, Elvis told him, “Look, Gene, go back in my bedroom, man. Those pills will kick in before long.” After a while, Elvis told Billy to go check on him. In the meantime, Gene had opened the window, so when Billy tried to wake Gene up and couldn’t—the stuff had finally hit him—he felt Gene’s face, and it was just ice-cold.
Well, Billy freaked out. He came running back up to the front of the bus, yelling, “Elvis! I think Gene’s dead! I shouted in his ear and he didn’t move a muscle!” Elvis pulled over to the side of the road, and he jumped up so fast the seat belt almost cut his legs off. We got Gene out and dragged him along the side of the highway. It scared the shit out of Elvis. He said, “Goddamn, Gene, I ought to kill your ass!”

“Fortas was close enough—and sensitive enough—to provide a believable portrait of a human trapped by fame…Fortas’s king is real.”—Musician magazine

Elvis: From Memphis to Hollywood spotlights Presley as “a man with the responsibilities of a legend and the insecurities of a child.”—New York Daily News